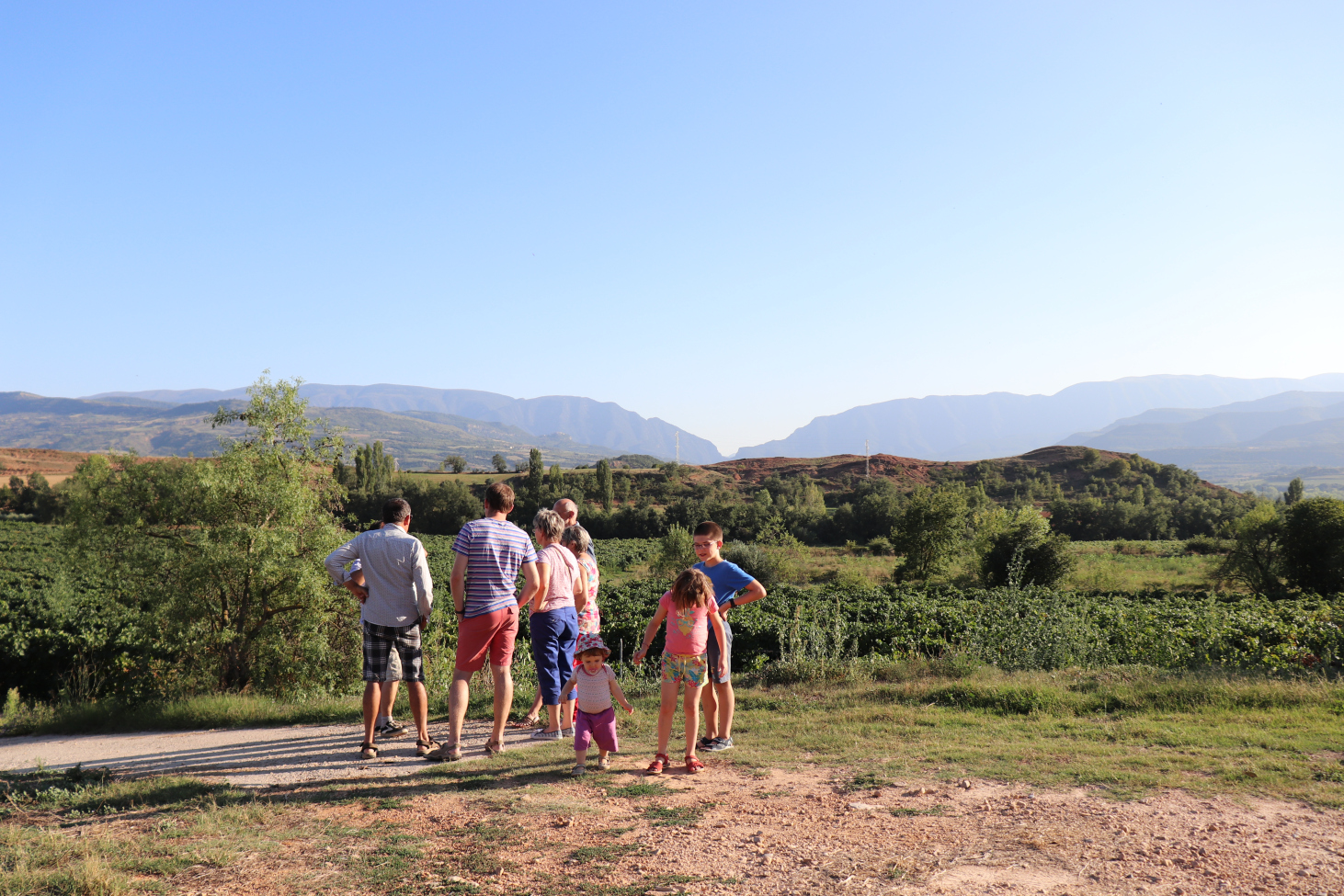 Vila Corona Cellar is located in Vilamitjana (Pallars Jussà) in a semi-buried warehouse dating from 1993. It is surrounded by a vineyard of 11 hectares, planted in 1989. The grape varieties cultivated are Riesling and Chardonnay for white, and Tempranillo (also known as Ull de Llebre),  Grenache, Morastell, Merlot and Cabernet Sauvignon for reds.

The Cellar’s location is characterized by a Mediterranean- Continental climate, but influenced by the surrounding mountains. All our vineyards are planted in Tremp’s Basin, at an aproximate altitude of 500 m. This area is bounded by elevations ranging between 1.100 and 2.080 m. which creates a specific and differentiated microclimate. This defines a situation of very pronounced temperature inversions throughout the year. Winter is cold, and summer is hot during the day and cold at night; which allows for a slower maduration of the grape.

The vineyard is planted on a rocky land originated by erosion or Areny’s rock, from the Late Cretaceous and Garumnia formations. Areny’s sandstone is a quartzite composed of potassium, feldspar, quartz, quartzite, mica and fossils, all cemented with calcite. Garumnia’s formation is composed by red lutites, with minor intercalations of fine-grained channelled stoneware.

This composition facilitates the drainage of the land, favourably influencing the quality of wine.